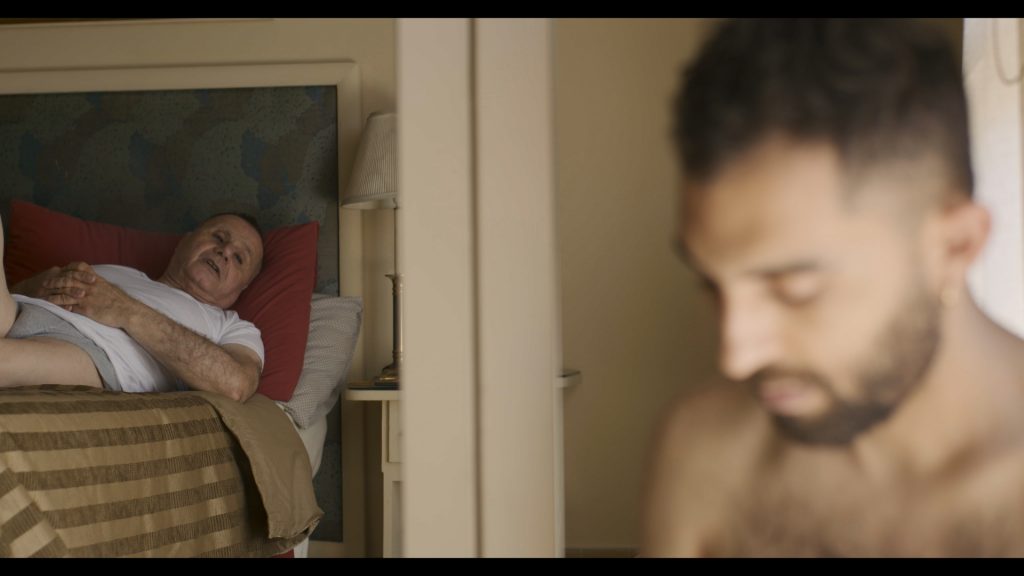 Adonis is a queer seventy-three-year-old man. He currently lives in the Ashrafieh district of Beirut. He continues to water his numerous plants daily and host his numerous friends for cheerful dinners every other week. Adonis is full of stories from the sixties, seventies, eighties and the nineties. Though he did not live continuously in the country, he has been travelling the world, with constant visits to his homeland. Conversations with him can easily switch from academic intricacies to plain old gossip about sexual matters or unresolved crimes. Ameer is a thirty-something younger man who wants to gather stories and anecdotes from Adonis. He feels the Lebanese queer past hasn’t been archived well enough so he views Adonis as the golden hen. However, when he notices Adonis has it easier to be physically nude than to reveal the full nudity of his feelings, he starts feeling frustrated. What else to expect, would Adonis say, from someone who always lived a double life?