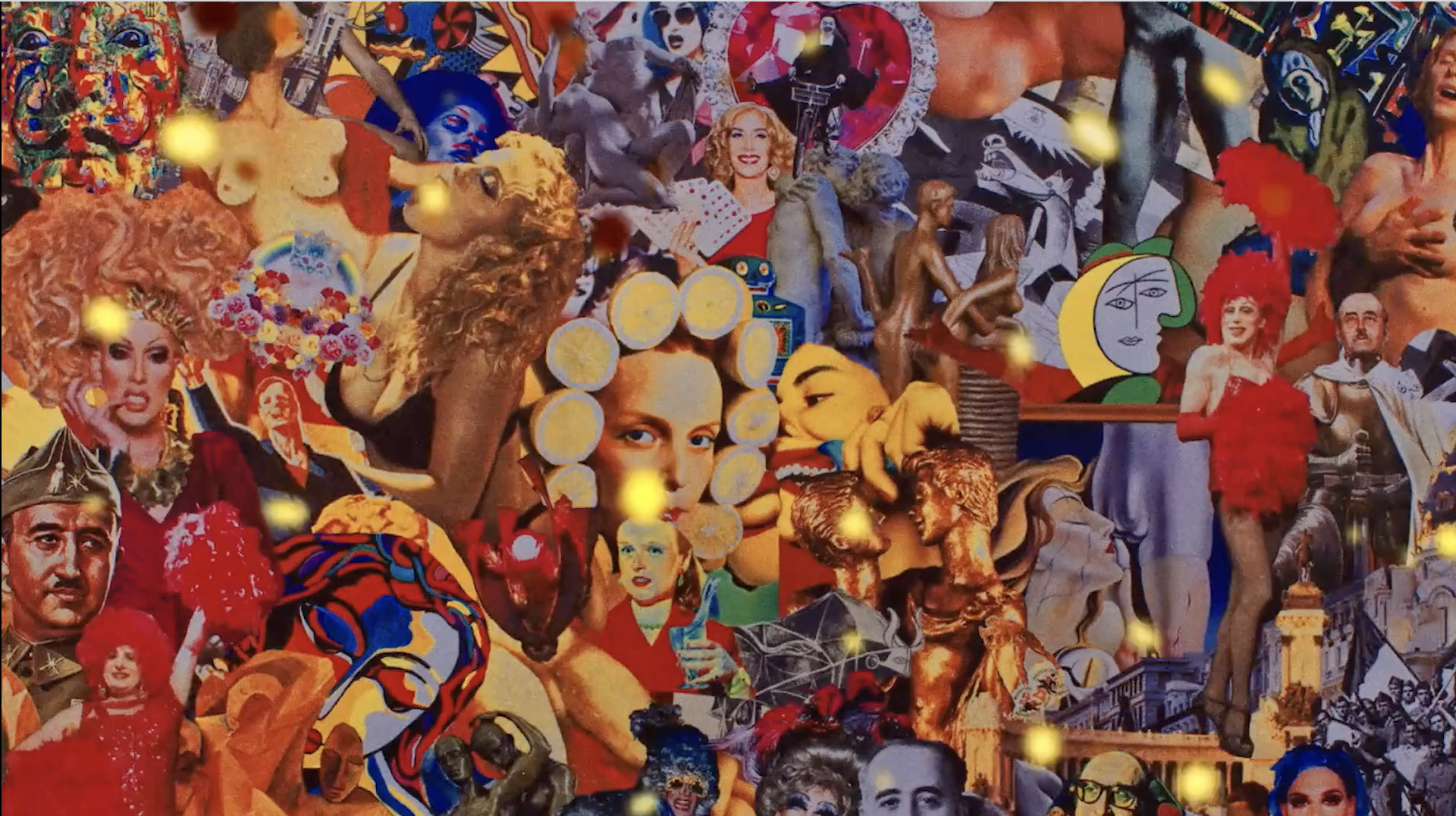 Welcome to the 3rd edition of Soura Film Festival.

A second coming awaits; a new Renaissance, and we are ready to embrace it with all the power we’ve got!

Following a couple of rollercoaster years that took the world by storm, it was about time that we started healing. And with healing comes hope. Hope for a better world and the conviction that there is a better future beyond the horizon. With hope comes resistance, and our resistance is queer storytelling.
Our firm belief in the power of storytelling might have been the main reason we started this festival in the first place. Still, it’s also the reason we want this festival to grow bigger and better every year. Unlimited possibilities, endless stories to be told, and all the change it can instigate.

Misfits reclaiming their own narratives, breaking down age-old barriers. Rebels are rewriting history; it’s a new dawn for revolutions. Queer birds forced to leave their nests— flying to their own chosen futures. The keyword here is strength.

This year’s short film programs highlight the power it takes for queers to take control of their own destinies in a patriarchal world, the toll it takes on them, and the price they might need to pay for a better future. Our 3 programs, ‘Far From Home’, ‘A Bittersweet Escape’, and ‘Hearts in Purgatory’, offer a series of 16 short films about strong protagonists on the verge of significant lifestyle changes, in search of their own acceptance, and in celebration of their identities.

Keeping up with our commemoration of strength, we have launched our new section ‘Beyond Borders’, aiming at highlighting filmmakers outside the range of the SWANA region. This year, we choose to celebrate Pakistan, and support the efforts its people are making in their quest to decolonize their own culture. Filmmaker ‘Zahhar Kahn’ (aka Hamza Bangash) helped us put up a program of 6 short films that spotlight queer Pakistani cinema.

History is essential, and camp was a big part of it. In our ‘Retrospective’ section this year, and thanks to Irish-Iraqi film curator and co-founder of Habibi Collective ‘Róisín Tapponi’, we take on the Egyptian cult classic Anyab (Fangs) by ‘Mohammed Shebl’. It is our region’s remake of the cult classic The Rocky Horror Picture Show, and an eye-popping musical of madness that manages to cram horror, science fiction and even social commentary together while charming with its outrageous costumes and action.

Moreover, for the second year in a row, we are thrilled to be collaborating with our beloved XPOSED Queer Film Festival on a series of 5 short films honoring courage and titled ‘Cruising Courageously’. In this short film program, protagonists defy heteronormativity by walking on what society wants us to think is the wild side.

We might hate that the world was forced to take a break, but the return has been powerful. No holds barred when it comes to storytelling anymore. The treatment of queerness in the SWANA region has been more nuanced than ever. Another attempt to rightfully decolonize our culture. It’s still sometimes about love, but not heteronormative expectations, and most of all about being unapologetically who we are. This is what we choose to commemorate with our selection of feature films this year.

Our opening film, The Many Lives of Kojin by Iranian-Kurdish director ‘Diako Yazdani’, follows a young Kurdish homosexual on a quest to challenge his community about his sexual orientation—a taboo in their culture. After being subjected to a xenophoboic attack, a woman chooses her own path and decides that self-empowerment is the only way out of this predicament, in Nico, a coming-of-age drama by ‘Eline Gohring’. In Sex, Revolution and Islam by ‘Nefise Özkal Lorentzen’, we celebrate ‘Seyran Ateş’, one of Europe’s first female imams. Love, Spells and All That by Turkish filmmaker ‘Ümit Ünal’ offers us a closer look at a fiery relationship between two women who question their belief in love and metaphysics. While Death of a Virgin and the Sin of Not Living, by Lebanese filmmaker ‘George Peter Barbari’, challenges toxic masculinity and the expectations teenage boys face in a heartwarming coming-of-age tale. Miguel’s War, by ‘Eliane Raheb’, the winner of the Teddy Award at this year’s Berlinale, is our closing film—a touching documentary of a homosexual man pitted against his old ghosts while exploring hidden longings and unrequited love.

Our characters are strong, determined, and colorful. They’re unabashedly feminist, queer and unapologetic.

No festival is complete without a series of dialogues and debates. Our two panel discussions this year, ‘Reclaiming Narration: On Queering Middle Eastern Cinema’ and ‘How Queer Is Queer Cinema From the Middle East?’, curated and moderated by ‘Iskandar Abdalla’ and guest-moderated by ‘Imad Gebrayel’, offer us a chance to reflect on the future of queer cinema in the SWANA region.

We believe in the importance of the narratives that our platform prides itself on. Therefore, in our efforts to expand Soura Film Festival and share it with as many people around the world as possible, we are thrilled to announce that this year we will be collaborating with IQMF (International Queer Migrant Film Festival) in Amsterdam, where a wide selection of the program from our 3rd edition will be screened at Supernova Cinema and LAB111 from October 28th till 31st.

No one likes to end on a bittersweet note. Although we’re celebrating strength and hope this year, it is not really a celebration—not with what is happening to our siblings in Palestine, Afghanistan and Lebanon. What is currently unfolding in these countries makes us question the very essence of human nature, ethics, and justice. Therefore, there will not be a proper celebration before justice is served. None of us are free until all of us are free!

We’re thrilled to be kicking off our 3rd edition, but we wouldn’t have made it so far without our valued partners.
A big thank you to: Heinrich Böll Stiftung, The Power of the Arts, Oyoun, The Student Hotel, Siegessäule, Clam Order, Indie Kino, Pinguin Druck, Habibi Collective, iHeartBerlin, Xposed Film Festival, Queer Migrant Film Festival, Supernova Cinema, and LAB111.

And special thanks to our lovely team: Louise, Wellington, Logan and Joyce, for putting up yet again quite an exceptional edition, against all odds.

We believe in the power of storytelling, and we have great hope in the future of queer, feminist, decolonized cinema. Happy 3rd edition!

The Many Lives of Kojin
Sex, Revolution and Islam
Nico
Miguel’s War
Love, Spells and All That
Death of a Virgin and The Sin of Not Living

Introduction
Outsiders
Ladies, Gentlemen and Everyone in Between
Congenital
Barbès
A Tribute to Sitt el Beit

Introduction
Skies Are Not Just Blue
Reclamation
Journey to the Charbagh
Cruising: Other Ways of Love
Courage

Reclaiming Narration: On Queering Middle Eastern Cinema
How Queer is ‘Queer Cinema’ from the Middle East?